We Are All Refugees 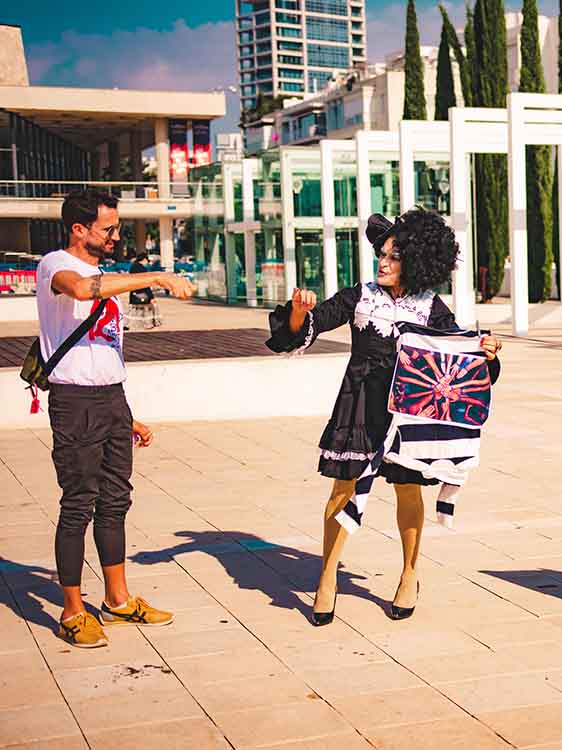 A work that examines the position of refugees within our current reality, using one of the most early types of theater – street theater in which an actor uses several objects and costumes.

The state of Israel was settled by immigrants and refugees but struggles to find a safe place for the 30,000 mostly African asylum seekers that reside in the country today. This work is a call to raise public awareness and support the marginalised asylum seeker community, that suffered heavily under the Corona-vrius restrictions.

Part of the series Five Fingers