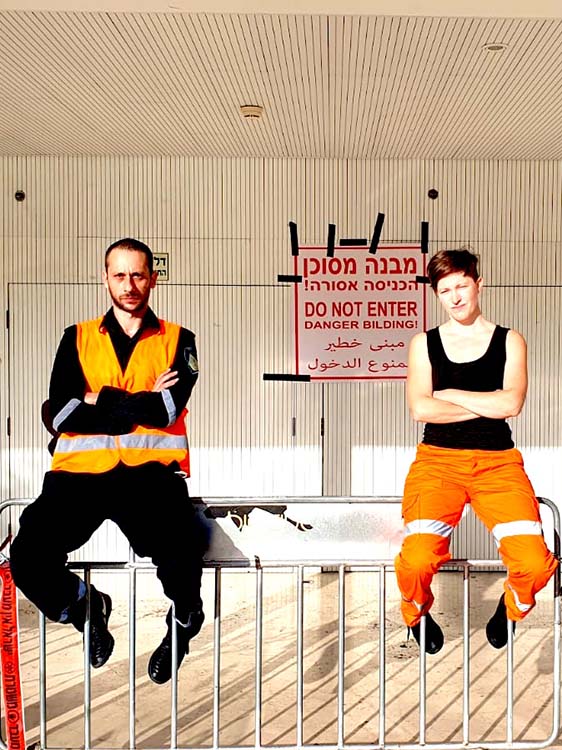 A protest in the shape of a literal lockdown of Tel Aviv’s main theaters, accompanied by a government closure, evacuation and demolition order. The act seeks to encourage the artists and directors of cultural halls to break through the fictional chains in which they have been locked, to make their silenced voices heard loud and clear, by breaking through the physical locks that the artist has installed on their entrance doors. Lock the Hall is a call to break free from the shackles of terror and to refuse the criminal laws, promoted by a criminally charged crook who exploits his position to evade punishment.

Every single day that cultural institutions remain locked and artists’ mouths remain shut is another day that we continue to support normalisation of corruption.

Part of the series Five Fingers