This is How We Do It 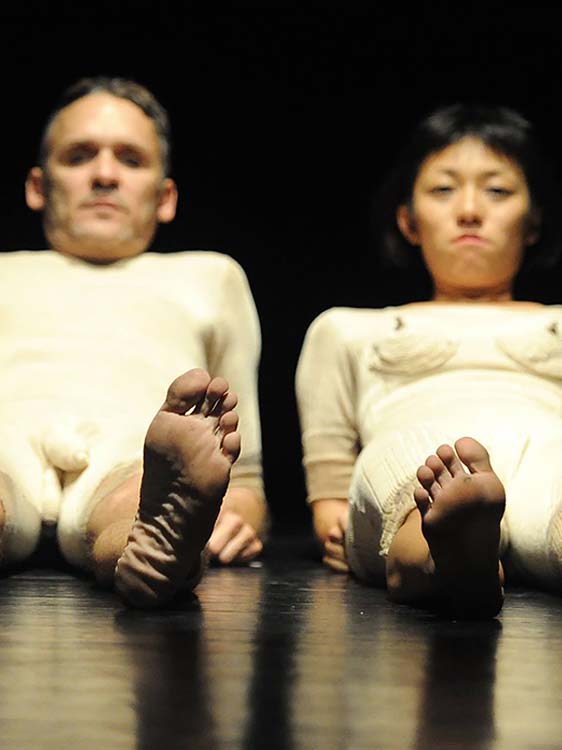 “There is something about the admirable symbiosis between them, that makes it hard to tell them apart. Like they’re an indivisable single particle.” – Anat Zacharia, Habama

Oded Zadok and Kazuyo Shionoiri return in a hyperactive duet which toys with the meaning of life and – consequently – death, squeezing an entire life-time of happiness, hardship and household chores into a fast-forward soul search. Using radical physicality and the exhaustion of the body, they perform their day-to-day routines as a couple and wonder about their daily existence. They move until they drop, going to the extreme of life, death and other delusions.