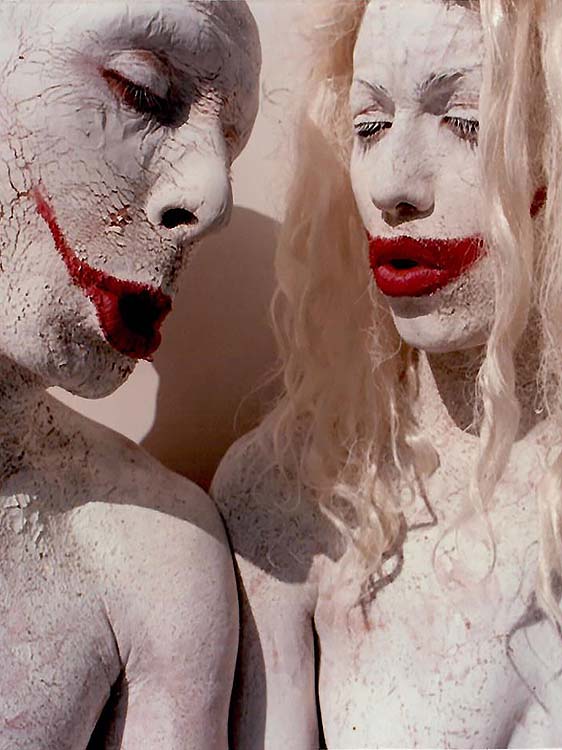 The very first show that Idit Herman and Dmitry Tyulpanov created together was nicknamed ‘Clipa’ (peel or shell), which shortly after became the name of the theater troupe. The show was made up of clips – short visual sections with a distinct and exaggerated style in costume and stage design, which were about hatching and layering. The creation was awarded the Sternfeld Award for Theater (1996).