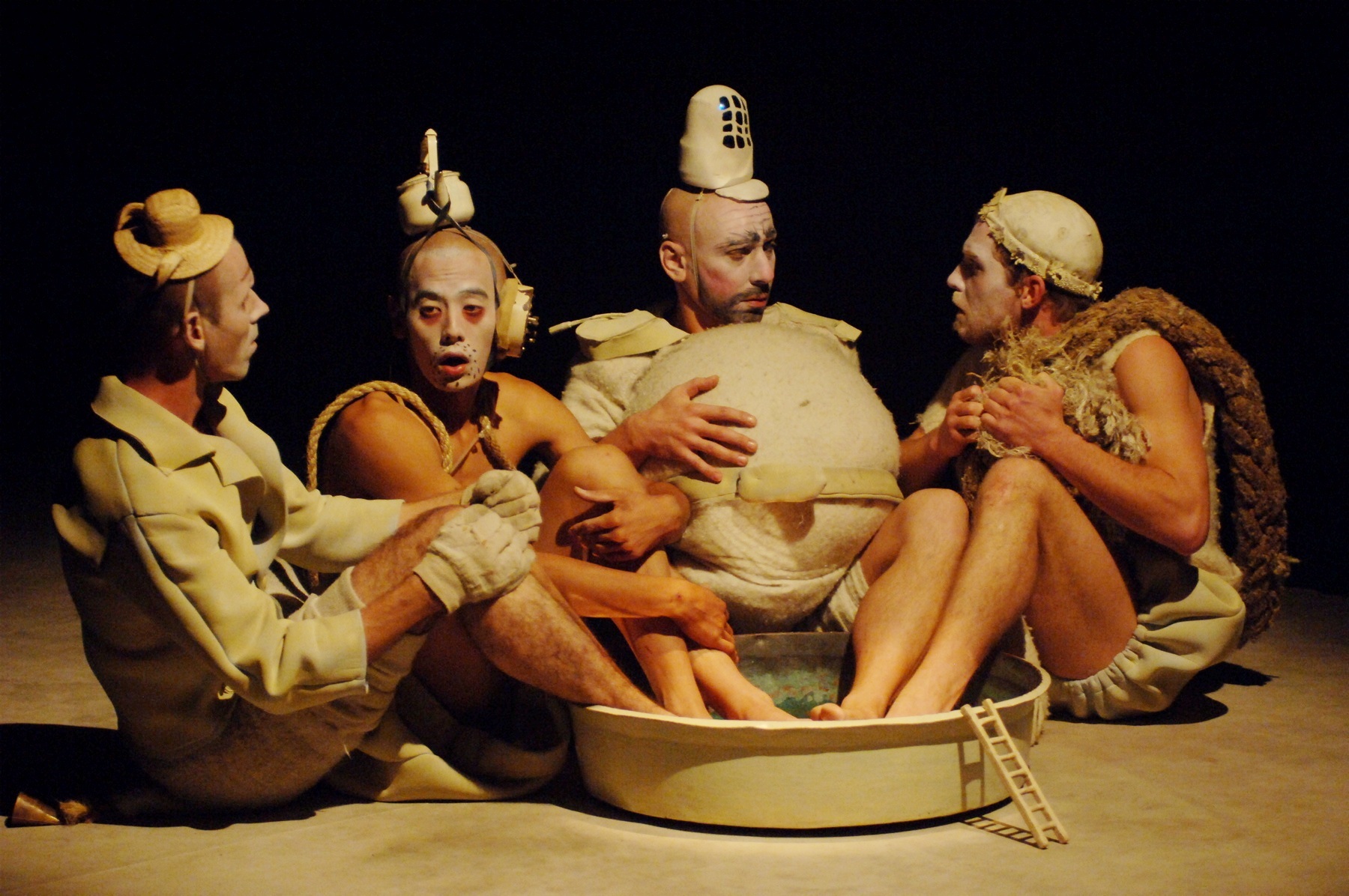 As a direct continuation of well-known mythology of peoples, and in complete contradiction to the serious, tragic subjects picked from it until now – here’s Chelem. A city created by an angel’s mistake, and ruined by those of mortals. A place where chaos is law and ignorance is bliss, all while tales intertwine and create a mindless reality, where only existence itself is sane.

With a trumpet and a bell, a tub, ladder and rope, you can catch the moon. With kosher, Jewish themes and imagery, and actors from all over the world, Chelem gives optimism and naivete a chance – people walking knowingly and without fear to a certain end, leaving behind concepts like message and meaning. With their body’s movement and silence, the exist inside a world of words, stories and books.